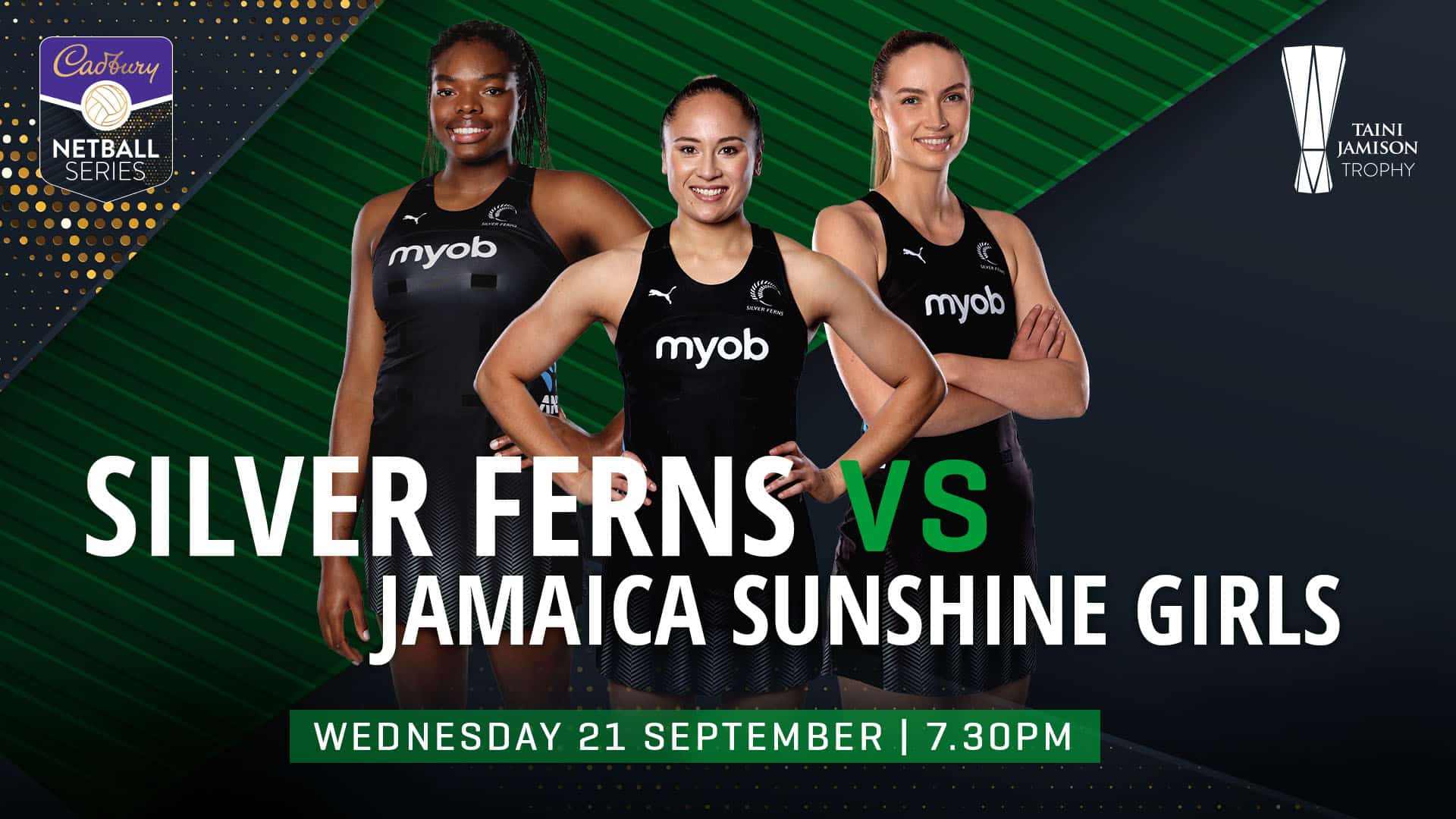 See the Silver Ferns taken on the Jamaica Sunshine Girls in the Cadbury Netball Series.

The Taini Jamison Trophy will be up for grabs in the three-match Cadbury Netball Series which concludes in Auckland at Eventfinda Stadium on Wednesday 21 September.

Make sure you are there to see these matches live!

This Cheer event is one you won't want to miss! Square up against the other teams in your division to prove who's hard work will ...

The Northern Kāhu are set to take on the Mainland Pouākai at Eventfinda Stadium in our final home game of the 2022 GJ Gardner Homes ...

It's game time again with the return of international basketball to Auckland. The Tall Blacks take on Jordan in Window 4 of the FIBA World ...

King in the Ring – The Super Heavyweights

It's been four long years, but they're finally back! The super heavyweight strikers smash their way back into centre ring on September 9. Be ringside to ...

We are thrilled to invite you to come dressed in your best for a fun casino themed charity evening to celebrate 50 years of Harbour ...

See the Silver Ferns taken on the Jamaica Sunshine Girls in the Cadbury Netball Series. The Taini Jamison Trophy will be up for grabs in the ...

Friday 23rd September at Eventfinda Stadium with 6 pro fights 3 title fight this is a show not to miss. Brad Ramsey Shuriken MMA VS Shem ...

Gain expert, up-to-date advice from our diverse range of exhibitors and experiment with products and services to find what best suits your needs.A Complimentary Creche, Parents' ...

New Zealand’s Largest Green Living & Sustainable Lifestyle Show! This is your one-stop-shop for everything you need to live a sustainable life. Eco home/building, food and ...