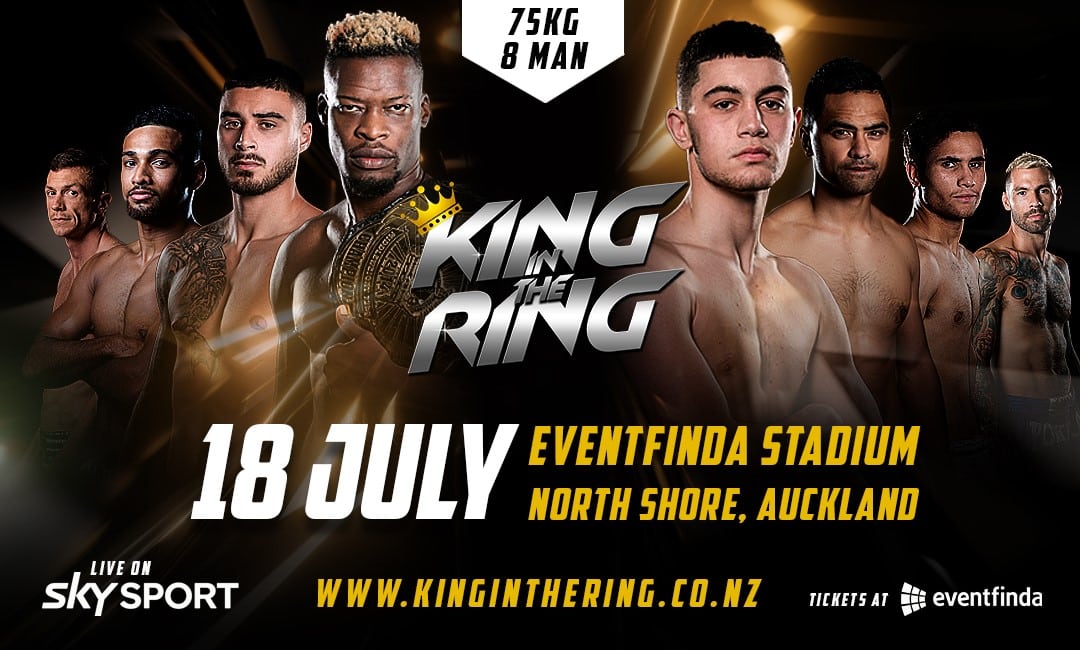 King In The Ring 75III – The Super Middleweights : Take 2

We’ve got the COVID ALL CLEAR! Let’s do this!

The electric atmosphere of New Zealand’s biggest combat sport event, the King in the Ring 8 Man Series, takes over the Eventfinda Stadium on Auckland’s North Shore on Saturday July 18th. Eight of the country’s top super middleweight fighters will go head to head in a survival series of three-round elimination bouts, battling it out for the coveted King in the Ring title and the $10,000 grand prize.

The top eight fighters in this explosive weight division will be squaring off under international K-1 kickboxing rules, bringing together their own techniques born from kickboxing, boxing, muay thai, kyokushin karate, MMA and other martial arts.

Eight fighters. Only ONE will be King.

Eventfinda Stadium is currently operating under Level 2 - Event Facility restrictions. This means we are restricted to no more than 100 people per designated non mixing zone. Please ensure you follow the guidance when you are onsite to help us reduce the spread of Covid-19. For more information please see our information on management of Covid-19 in the Covid section of our Website.