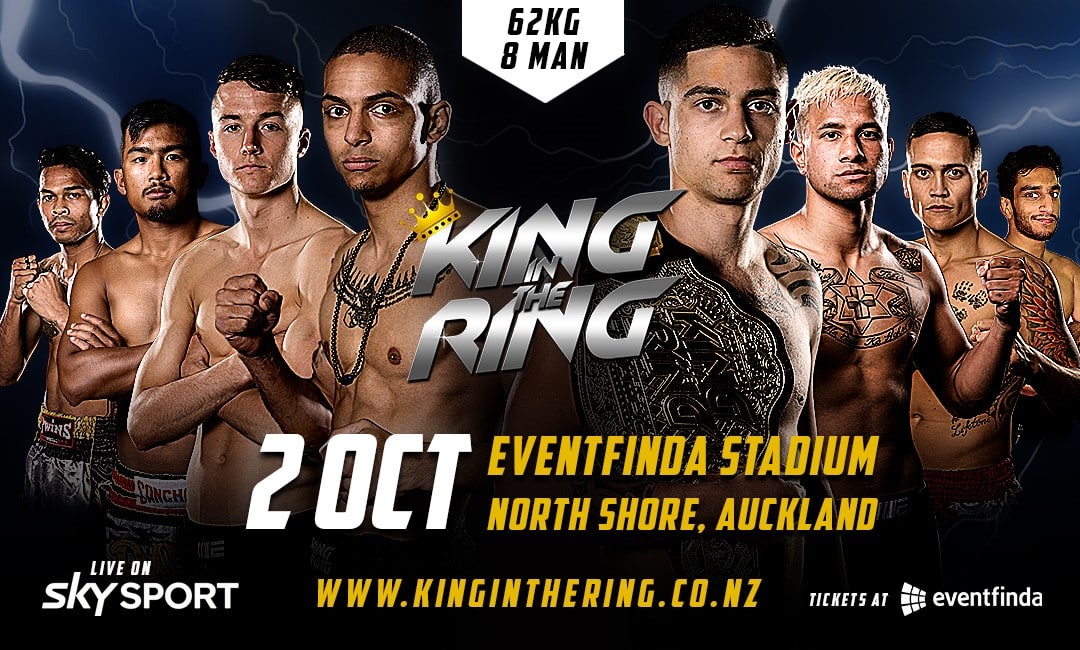 King in the Ring 62VI – The Lightweights

The King in the Ring Eliminator Series is back with the sixth edition of the lightweights, setting out to find the 2020 King of the 62kg weight division in the elimination tournament format.

Reigning King, Nikora Lee-Kingi will be defending his crown from seven hungry contenders.

Be ringside at the Eventfinda Stadium on September 11th to witness 8 of New Zealand’s top stand up fighters as they square off under international K-1 rules, bringing together their own techniques born from kickboxing, boxing, muay thai, MMA, kung fu, kyokushin karate, hand elimination bouts.

The Auckland Tuatara are taking on cross town rivals the Franklin Bulls in the Battle of the Bridge. Come along and support your Tuatara team and ...

King in the Ring – The Middleweights

Eight Fighters in seven fights. Only ONE will be King! ...

Basketball New Zealand (BBNZ) and FIBA can confirm today that the Tall Blacks will play in New Zealand this July, as part of the third ...